Home » Blog » tech » Tuto : how to add a border with Capture One Pro
Skip to the content

For a few years now, Capture One has been my photo editor. I love developping my pics in C1. But… why is it not possible to create borders around pictures with Capture One Pro ? How can I add a frame to my photos in Capture One ?

You can add a border to your images directly in Capture One Pro. In the Export menu, you will select a Photoshop droplet in the ‘Open with’ field. This droplet will call a Photoshop action which runs a java Adone Extendscript. This script creates the border around the image. I help you step-by-step and give you the java code in this post.

Until recently, I imported my RAW and JPEG in Capture One, developped them, exported them as JPEG, and then sent them to Photoshop only to add borders.

Of course, I did not add a border to each image one by one. I used batch processing : I selected the pictures in Adobe Bridge, then applied an action in Photoshop with Tools > Photoshop > Image Processor. This action added the frame in Photoshop thanks to the Nik Collection – Color Efex Pro 4 software.

This process works, but :

In summary, this is how my border creation process used to be :

Since I switched ove to Capture One, I’ve had this question on my todo list…

These days, I stay at home, so the good side of it is that I can work on it… In this post, I would like to describe to you my new one-step process to develop photos in Capture One and export them with a frame. I’m already using it in my production process for now.

How to export images with a frame from Capture One ?

That’s the idea. I’m going to detail all of this step by step.

Adobe provides script APIs for Photoshop. I used some java code lines to wriie the script FrameScript.jsx that extends the canva of an image and fills the newly created pixels with black. Here it is :

You may copy/paste this code in a .jsx file with wordpad. If you want to investigate further on these Adobe script API, here are :

Prepare a test image, for instance I will refer to :

Create a Photoshop Action FrameAction by recording the following dialog :

When you recorded this action, you ran the script on your image you opened in Photoshop. This will have increased its canva size and filled it with black. Here is below the expected result :

Uncomment the two last lines of the script FrameScript.jsx in oder to save and close the image after the frame creation.

Create a droplet in Photoshop :

I name the droplet FrameDroplet.exe save it on E: for this demo.

In the droplet creation dialog box, you enter the Photoshop action that will be run whenever the droplet is started : FrameAction.

Add the droplet in Capture One

Go back to Capture One, in the Output menu, where you export your images as JPEG or TIFF.

We will tell Capture One to open the droplet after the generation of the JPEG / TIFF output file and fefore in is saved in the Destination location.

In the Basic tab, click on “Open with”. By default, it is set to “None”. Select “Browse” and navigate in your directory in order to select your Photoshop droplet. In our demo, go to E: and select FrameDroplet.exe.

All other fields are to be used as usual. Especially, enter the destination location of your exported files with Capture One > Output > Output Location > Destination.

Capture One will ally all your development settings to the image, generate a JPEG or a TIFF, then wall the droplet, then save the result in the “Destination”.

That’s it. You implemented the whole frame creation process.

In this post, I described to you my new process for frame creation with Capture One Pro. I hope this will help you save time and get sooner ready for your next photo shoots !

Thank you a lot for your visit on my site, and I hope to see you soon !

I wrote other technical posts related to photo processing, web sites on wordpress or fujifilm cameras if you are interested in these topics.

How to add borders with Capture One and Photoshop 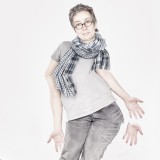 I am a pro photographer in Meudon, near Paris, France. I enjoy photography, art, teaching and spleeping in the wild. I don't try anymore to hide that I'm a geek (I've worked as an software engineer for 20 years). My blog is about my photography journey.